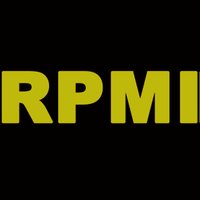 Richard Puliti is a rock musician, multi-instrumentalist, composer and singer from Europe who has been in the music industry for 10 years. He first started playing the bass guitar at the age of 16 and after 2 years, he founded his first band together with some school-mates. They played live in youth-clubs, schools and small clubs. He formed his own band HAMMER in 2005 and they have since released two EPs, four full length albums, two live albums, singles and a compilation album. He has also performed and toured across Europe with his band as well as with Fingernails. He has also formed the Big Boogie Band and SKP.

Richard is currently in the studio working on HAMMER’s new album Space Invader. Additionally, he is gearing up for the release of the BIG BOOGIE BAND’s album volume 1 & 2. In 2017 Richard created a new project called SKP as the lead singer and guitarist. the first EP called Cream and Chocolate (2017) and the first album The Space Follower (out on October 31, 2018) and Hot Space (out on February 14, 2019).

The brand new albums PUNKSTER and EXIT ONLY are available now!

Richard Star first solo single will be released on May '22.

was formed in 2005. The band performed gigs at festivals and clubs. As their fan base grew, the band started to record their music in a recording studio. That same year they released their debut EP First Gig: Blood shortly followed by Ready Motherfucker in early 2006.

After touring around Italy, they decided to record their first full-length album No Way Out. This saw the band performing more shows as well as securing a spot as an opening act for the Uli Jo Rot Tour.

In 2009 Richard started working on HAMMER’s sophomore album Hammer Nation which became a double live and studio album including live tracks from German and Italian shows. In 2010, Hammer released their third studio album Nation and embarked on the Wrong Way Tour around Germany and Italy.

Following Fingernails’ 2010 and 2011 tour, Richard went back to his home studio to work on some live tracks recorded during the last HAMMER tour in Italy. He decided to release a power live album Strike featuring the best songs from HAMMER’s early days. The band also recorded three new tracks for the album and embarked on the Strike Tour.

The band realized their latest album “SPACE INVADER” in 2018.

In 2020, for the 15th anniversary, the band are working on a brand new single called “ROCK IS BY MY SIDE” including the Venom hit “the Evil One” and a Live Album.

In 2021 the band release a new single called "The Wolfman".

While playing festivals around Europe in 2007, Richard met Angus Bidoli and Anthony Drago who invited him to join their ‘80s band Fingernails to play in their Blitzkrieg over Germany Tour ’08. Richard began playing with Fingernails while still working with HAMMER. In 2008 Fingernails recorded their first album with their new line-up, titled Destroy Western World for Old Metal Records (USA). They also released a split single called “Getting Crazy” with New York band The Villains for Nuclear War Now (USA) who played a few shows during the Destroy Western European Tour ’08/’09.

Fingernails began working on their new album and at the same time searched for a new drummer, finally found in Carlo El Charlo. During 2010 and 2011, Fingernails played as an opening act for The Misfits and Paul Di Anno on the Italian leg of their tour as well as many festivals around Europe. At the end of the tour, Fingernails went back into the studio to work on their new album Alles Verboten, produced by Richard,  and the Alles Verboten European Tour ’12 immediately followed.

After their tour, Fingernails re-record their first album for their 25th anniversary, ’88-’13. The band then embarked on the 25th Anniversary EU tour in Denmark in November 2013. However, the band split-up in the summer of 2014, after having recorded a version of “Live At The Inferno” featuring John Gallagher for an a/v Raven Tribute.

In 2010, Richard along with Anthony Drago from Fingernails, created an underground record label LA RIOT SURVIVOR RECORDS which operates in Europe and worldwide with different releases by bands such as Spidkilz, Perversion 99, Hi-gh, Sister Whiskey, a/v Motorhead Tribute among others.

In 2012 Richard created a project called the BIG BOOGIE BAND. The band consisted of various musicians from various genres of music including Anthony Drago from Fingernails as singer, two drummers, horn session players, an organ/piano player, a harmonica player and two of Richard’s old-date friends Luzy Red as guitarist and Vittorio “the Fox” Marchetti on percussion.

He began to record the band’s first album in Italy. The album also featured Fabio Liberatori on piano and organ, Eric Daniels and Claudio Corvino as horn session players. After the recording sessions, Richard and Anthony flew to Los Angeles to produce the album with Larry Dunn from Earth, Wind and Fire. After 10 days working in LA, they moved to Minneapolis to shoot scenes for the “Livin’ Wild” music video. Richard spent all of 2014 and 2015 completing the project which consists of 20 songs and includes other musicians and a new singer, Andrea Bortoloni and features WanderLust and Ken Zishka as lyricists. The album is due for release in December 2016. in the early 2017 the band released their last EP “JUST SING”.

Two brand new records in 2020, PUNKSTER and EXIT ONLY!